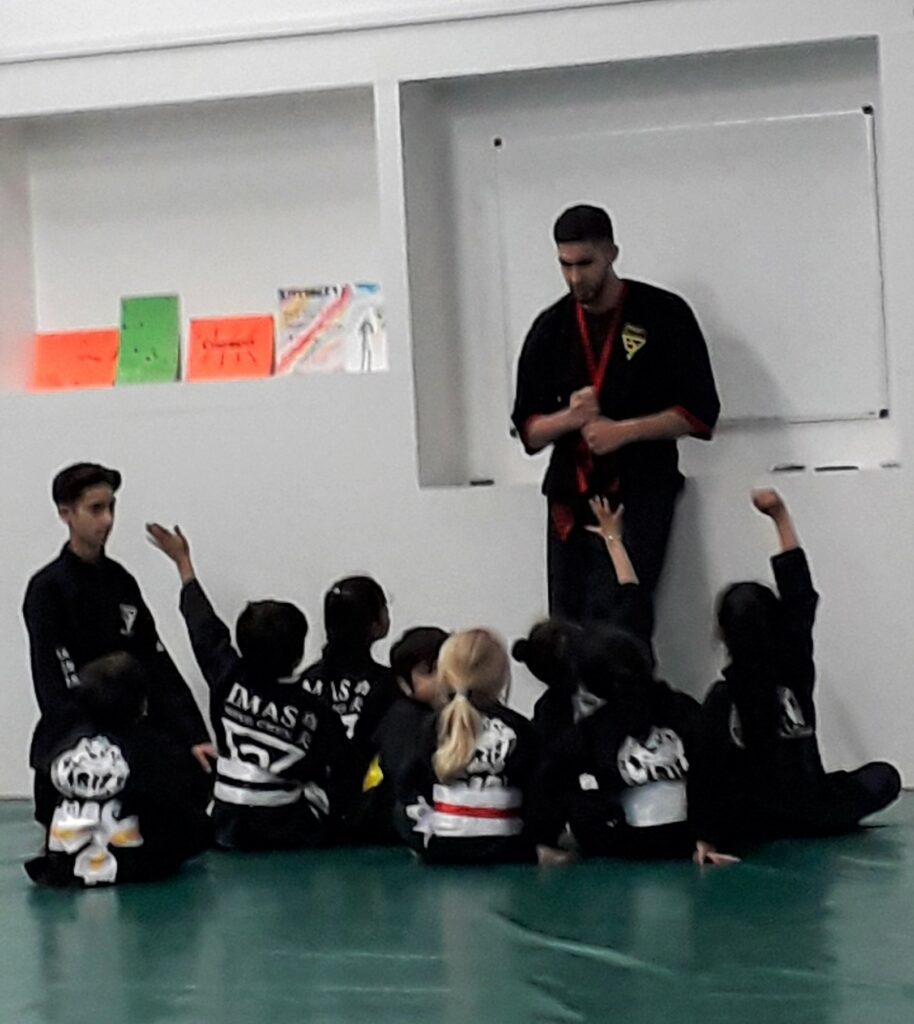 Founder and Chief instructor of Unite Taekwondo, Dan Thomas (5th Dan) began his martial arts journey over 20 years ago. Since then he has opened his own martial arts school, priding it’s self on offering exceptional training for all students. Through his work in martial arts with the local community (and abroad) Dan has won several awards including the Community Hero and Olympic Legacy Awards, and is establishing his school as a local community flagship for young people.

How did you first get involved in Martial Arts?

I started martial arts when I was 10 years old. We had a class running at our local sports centre, which I went along to with my two brothers and sisters. After my first lesson, I knew it was for me and just had to join! Luckily my brothers and sisters liked it too so we all joined and had great fun making new friends and training together. Our instructor was brilliant! He developed a good social side to the club so there was always more to look forward to than training and occasionally arranged trips out to local swimming pools etc.

What was it that made you decide to open your own school?

I hadn’t really considered opening my own school until I was asked by my instructor, but looking back, it was a fairly natural progression. I started off-part time, renting a space in a local school and church. I was there for years, but eventually looked to move. They were in a good location and were affordable – (which was important when I was starting out), but the lack of heating and the need to hammer the nails back into the floor before training just became impractical!

Fortunately, I had the opportunity to change venues and move to a local sports centre. It was more expensive, but the improved facilities provided a sturdier platform to grow my student base. It was after a number of years there that I decided to open a full time academy, which is also when I decided to join NEST!

You continually invest into your schools, with one of the most recent investments being a fully equipped gaming room! How important are these investments to the success of your club?

They are huge! Initially we set up the gaming room to help our summer and half term camps attract children aged 11 upwards as they just weren’t engaging with the current activities. We met with some students and found out what kinds of things they were into and what they enjoyed. A lot of them seemed to enjoy spending time on the computer and socialising with friends, so we set about creating a gaming room. We had and still have really positive feedback and are continually updating, with the most recent additions including a virtual reality headset, air hockey machine and pool table! Now the gaming room is used before and after class too, all helping to engage and retain students. What kind of marketing and retention activities do you undertake to attract new students and keep your current ones?

At the beginning of this month we started a VIP system where we gave our students a VIP cards to give to their friends. Any child who then turns up to the club with one of these cards is then given a free drink form the cafe, given a tour of the Dojo and shown on and off the mat. The personal touch this VIP experience gives is hoped to further improve our conversion rate and student acquisition, so fingers crossed!

I know you run a very successful Summer Camp! – what‘s your secret?

Keeping things did fun and interesting all the time! It’s really important to keep up to date and on the ball with what the kids want to do, so currently I’m looking to add activities like climbing, abseiling and archery to our camps. It’s quite a big decision as we have to put our instructors though all the necessary training and get them up to a certain standard, but hopefully it will be worthwhile and will bring a slightly older group of children to the camps too. My aim is to run two camps simultaneously – an ‘ordinary’ camp for children aged 5-9 years and then an adventure camp for children aged 10-15 years.

In our area we have places that run free summer camps for kids, but we work hard to make this successful as it’s great for getting extra children to our martial arts classes!

You have two other franchised locations in Formby and Ormskirk. What, if any challenges have you faced as a franchisor?

One of the greatest challenges I have faced as a franchisor is to secure time each month to meet up with my franchisees. We often work throughout the day and in the evenings so it can be difficult to arrange a time to meet up and stick by it! It’s great that we work well together though, keeping in touch via email and on the phone… but I would like to try and see them more!

Do you have any advice for other instructors looking to franchise their business?

Speak to Gerard… he is a fountain of knowledge and will be able to help and guide you.

What is the next for you and your business?

I’m looking at running some virtual classes! We’re going to trial it with a spin class and see how it goes! Spin is really popular round here and normal classes are always booked up so I’m hoping it’s going to be popular. I’m also focussing on helping to grow the Ormskirk Franchise and improving our customer service across all locations.

What is it that keeps you going and where do you find your inspiration?

My students keep me going (and Louisa)! We had a mum call the club and ask if we could cater for her son who had downs and asperger’s. I said that was no problem, so she bought him down and we began training. Coaching students like this is hard work but you get so much back. Against the odds this student became world champion in the para-games! That’s what keeps me going and gives me the inspiration, providing children with the opportunity to flourish and achieve their goals.

Why did you decide to join NEST?

When I decided to open a full time academy, I realised that it was going to be difficult to collect fees from so many students. I spoke with Gerard and we talked though some numbers. Honestly, I wasn’t sure that the numbers we spoke about would be right… but to my surprise they were!!

What do you like most about using their services?

NEST are professional and have a good approach to collecting fees and dealing with our students. They also help me keep in line with my targets and growth patterns by helping set achievable and realistic goals.

Three words that best describe you:

Seeing my boys, creating and improving projects, helping a student achieve their goals