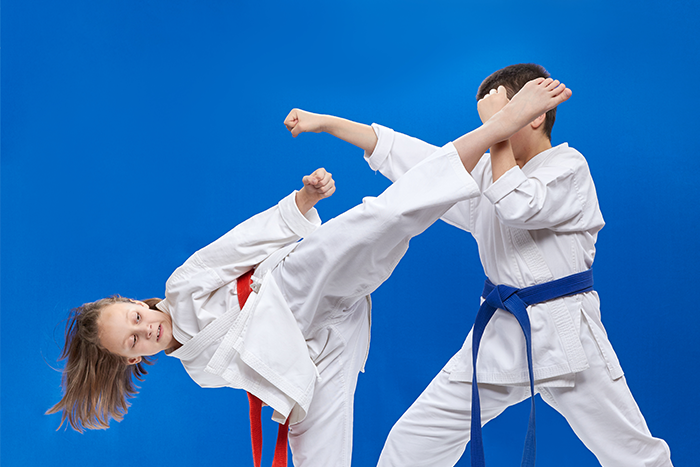 The WJO endeavours to keep standards and regulations ensuring that all academies, clubs and institutes operate adhering to a strict code of conduct and professionalism along with setting and governing standards in the delivery of Jado Kuin Do art-form.

“Our Vision is to be at the cutting edge of martial arts by setting exceptional standards in delivering the art-form of Jado Kuin Do.

We encourage the community to embrace the mind and spirit of Jado Kuin Do in a positive way for the greater good of mankind.

We continually strive to exceed our own expectations by delivering outstanding quality at all times possible”.

WJO support the ‘Beat the Bully’ scheme and offer specialised learning programmes targeted at specific age ranges – from their Super “J’s” Programme (Age 3 – 5) which focuses on fun and learning through play to their Confident Kids Programme (age 5 -8) which are fun and high energy sessions with emphasis on respect, fitness, co-ordination and balance.

They also offer a Junior Adult Programme which bridges the gap between child and adult classes.  Aimed at 9-12 year olds, focus is placed on reinforcing life lessons and positive qualities and becoming role-models.

Adult classes (13 years +) place great emphasis on high quality values and a never-ending circle of learning and self -discovery.

The WJO believe that “Martial arts has so much to offer everyone in developing both body and mind and helps us to understand each other’s needs and priorities for personal development.  Our highly qualified instructors will support you all the way from beginner to black belt”.

The WJO is dedicated to the improvement, education and personal development of all of their students, instructors, coaches and professional personnel.  They regard themselves as pioneers in their field who personify excellence.

The WJO would like to thank every member of the Committee for their continued support and the enthusiasm they bring to Jado Kuin Do.

By the age of sixteen, Jake was studying martial arts 7 days a week, alongside playing rugby for Northampton Saints Academy, where he was selected for the England U16s Rugby Union team. He then signed a professional rugby contract with Super League high flyers Salford Reds and moved to Manchester.

Jake kept up his martial arts training which helped him stay flexible, coordinated, disciplined and fit which complimented his rugby well. Whilst in Manchester Jake trained at the famous Phoenix Boxing Gym which has produced boxers such as Ricky Hatton, Carl Thompson and Ainsley Bingham.

After 4 years in Manchester Jake’s rugby bought him back to Northampton where he signed a professional contract for Northampton Saints RUFC in 1996. In 1997 Jake retired from playing rugby through injury and concentrated on his martial arts full-time.

He focused on Kickboxing and was originally coached by Morris Young and then trained under Mic Fowles and Jim Bacon for a short spell.  Jake was then coached by the Legendary Master Ronnie Green in Thai Boxing.

From Master Jake Ogden’s extensive martial arts background he very quickly formulated his own unique self defence and fighting system based on his own scientific concepts. This was the birth of the JADO KUIN DO art form.

In 1998 Jake opened his first Jado Kuin Do self defence martial arts class, which became an instant success with over 250 students and he has not looked back since.  Not only is he the founder of the JADO KUIN DO art form, but also the president of the WORLD JADO KUIN DO ORGANISATION, which has a wide network of clubs throughout the United Kingdom and abroad.

Master Jake is a senior committee member of the Martial Arts Guild and is often involved with sitting in on Black Belt Dan grading panels. He is also a member of the I.B.O.B. (International Board of Black belts), a master instructor for Boxercise and a health, fitness and martial arts columnist for two leading magazines.  Master Jake Ogden conducts master classes at martial arts centres, sports science institutes and fitness seminars and conventions around Great Britain, Europe and the USA.

Jake is also a qualified college lecturer and graduated from university in Sports Science & Management. He lectures throughout Great Britain, Europe and the USA in personal fitness training of the body and mind, exercise physiology and Speed, Agility and Quickness.

Master Ogden was awarded his 5th Degree Black Belt and Master Grade at the Official WJO Autumn Presentation Evening and Ball in October 2009 as an honour for over 30 years of martial arts training and competition and outstanding contribution to martial arts.

He was also inducted into the World Martial Arts Hall of Fame in November 2011 in Birmingham.

Master Jake would like to thank his wife Nicola for all of her support throughout the years.

Nicola holds a certificate in teaching and oversees all major WJO administration procedures.  Nicola has been studying martial arts for over 8 years and is an integral part of the Head Office Team.

The WJO has been working with NEST since 2009. I decided to take on NEST to make both my and my instructor’s jobs easier. I was in the fortunate position of having an organisation expand very quickly through excellent teaching standards, a strict code of conduct and very capable students.

It came to the stage where the administration side of things was taking far too long and using up too many resources.  There were also gaps in certain processes which prolonged internal systems.

As we grew, this became a growing problem. After meeting with Gerard and the rest of the NEST team, it very quickly became apparent that NEST could alleviate some of the internal time consuming problems that we were experiencing.

After a couple of months of being with NEST, we noticed considerable benefits. NEST had the necessary knowledge back-up and software systems to allow our business to run and flow smoothly, quickly and efficiently.

Gerard and the team are fantastic; productivity has risen by 29% across the board and we can monitor and process all aspects of the business without any major hassle at all.

I really enjoy the fact that any of my team can pick up the phone at any time to NEST and we are always impressed with the efficiency of all team members.  NEST has certainly helped me to structure my business to make it the roaring success that it is today.