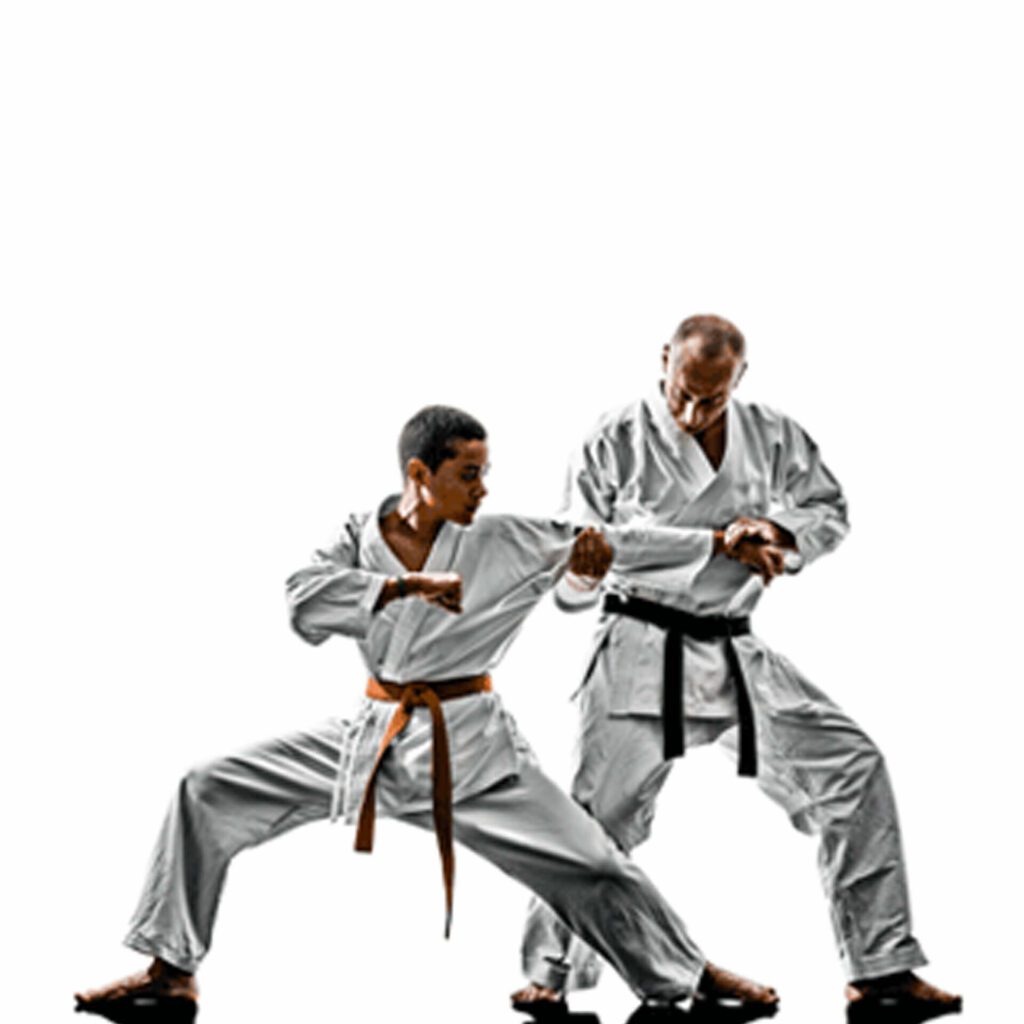 Nick spent 14 years in the Army, with the last few years as an Unarmed Combat Instructor amongst other instructor roles in the Army Physical Training Corps. On leaving in 2003 he set up his own personal training business but after qualifying as a Krav Maga instructor, he quickly found that Krav was taking up most of his time and left the Personal Training behind to pursue Krav Maga as a full time business. Nick nurtured and grew the two largest clubs in London and the country, before focusing on the national growth of Krav Maga around the UK. As the Director and highest qualified instructor in the UK, Nick has now turned his focus back to his own club while continuing to maintain a steady growth around the UK, by organising workshops and instructor courses for KMG on a regular basis.

More recently Nick has been involved with assistance and progression of the KMG system in the US, based on his experiences in growing the UK market. The UK shows promising prospects for the coming years and it has been very exciting to watch the system grow from only a handful of instructors and students to a fully grown self defence programme in its own right. Naturally, the more people who come across well trained Krav Maga instructors, the more popular the system will become and at TKM quality is paramount.

Whilst working for a London based company offering Military type ‘Boot camp’ classes I was approached to run a self defence course for the members, based on my Army ‘unarmed combat’ teaching experience. I was teamed with a fellow instructor to organise the course, who had ‘dabbled’ with a little known system called ‘Krav Maga’.

The course was run over 8 weeks, based on a 1 hour session, twice a week in Hyde Park. The course was a resounding success and we were asked numerous times “where do you run your classes?”  That was the start of my switch from one on one, fitness based training to multiple clients and running a self defence school.

Being fresh from the Military I immediately enrolled on to an Israeli run, Military Krav Maga instructor course with the Polish Commando regiment close to Warsaw. The gruelling 24 day course was one of the toughest courses I had taken and involved disarming of weapons, extreme tactical fighting methods and intensive Krav Maga training. I then went on to qualify as a civilian instructor, SWAT instructor and eventually was appointed as an Expert Level 2 instructor and Director of Training of the UK.

Now 8 years on, I have assisted in setting up 2 of the largest schools in the UK and have finally settled with my own school ‘Total Krav Maga’.

Krav Maga has become very popular, very quickly and as a result there are organisations appearing all over the UK and indeed the world. Total Krav Maga (TKM) and 80% of the UK’s Krav Maga schools work under the umbrella of Krav Maga Global (KMG), a recently rebranded branch of the International Krav Maga Federation (IKMF). KMG are now seen as setting the standard and taking Krav Maga training to the next level around the globe.

What is Krav Maga and how has it impacted on the world of Martial Arts and Self Defence?

Krav Maga is a modern day, constantly developing form of self defence originatign from Israel. Pronounced ‘Krav –Mahga’ it is actually Hebrew for ‘Contact Combat’. We do not really put ourselves in the category of martial arts, due the fact we don’t run competitions and are not sport based.  Also, the diversity of the subjects we cover, such as military, law enforcement, air marshal training & VIP protection, make it practically impossible to attribute any artistic elements, forms or katas to such a dynamic system. It’s very much about training for ‘real life’ situations in realistic environments.

At TKM we run regular weekly classes, work to a comprehensive syllabus and grade our students but we also take them out of the comfort of the gym and test their training in real life situations. For example we may hire a bus or use our cars to practice techniques in these everyday environments. We take our students into buildings and train in corridors, stairwells or outside in the snow, so that they experience techniques and problem solving in the real world.

TKM has grown from 1 location to 6 in two years and with our instructor sponsorship programme we aim to expand to a further 3 locations and 4 extra instructors in 2011 across Thames Valley and West London.

The last two years have seen TKM involved in some exciting projects. In 2009 Nick was contacted by Film Director, John Madden to train some actors for movie roles. Nick coordinated fight scenes and trained a number of actors including Sam Worthington (lead roles in Avatar and Clash of the Titans) for his role as an Israeli special agent in the upcoming move ‘The Debt’.  The movie due for release in 2011 also features Dame Helen Mirren.

In 2010 we were involved in a 22 minute Film Festival production called ‘Body of War’ directed by Isabel Rocamora, a renowned international art movie producer. The movie features Nick and other instructors from TKM as soldiers using Krav Maga in choreographed fight scenes and depicting military Krav Maga training methods.

2010 also saw us approached by a well know games console software company to launch the latest in the series of Tom Clancy’s Splinter Cell games. The game’s character ‘Sam Fisher’ uses Krav Maga moves to overcome enemies throughout the game play. As well as helping with the technical elements of the moves, TKM ran a 1 day event for the UK’s media and press involving demonstrations of Krav Maga and a launch class for all who attended.

For 2011 we are planning a TV commercial with a sports drink company, so we are hoping this year will bring more opportunities our way and provide us with the exposure and success of last year.

From very early on in my Krav Maga career, NEST were introduced to me by a former instructor.

NEST’s professional yet friendly approach immediately captivated me and as a newcomer to running a school and a national organisation, NEST pointed me in the right direction, gave constant advice and were always at the end of the phone to give me guidance.  I quickly found myself becoming close on a personal and professional level with Gerard and Joy who showed no end of patience and positive social experiences to nurture our relationship.

Although I have never been without NEST, I can’t imagine trying to do as much as I do with both KMG and my club TKM, without the professional help of NEST. All KMG UK instructor‘s monthly fees are collected through NEST, allowing me to focus on teaching and the organisational aspects of my role. NEST has also helped to create various media exposure for us and ensured we were part of the Martial Arts Shows, since 2004 when we started working together.

Total Krav Maga relies on NEST to manage the payments and membership intricacies, so a huge amount of time consuming activities are managed by a professional team who I can trust. I even have my own personal contact ‘Louisa Turchet’ in the office who I can almost guarantee will respond to email or phone calls within 5-10 minutes. In my opinion that is an amazing service.

NEST provides a top quality, first class and professional service, making the most of IT and communications but they haven’t forgotten how to be personal and deal with customers face to face. I am very grateful that I joined NEST so early in my journey to becoming one of the UK’s many Krav Maga success stories and their help and support is very much appreciated.