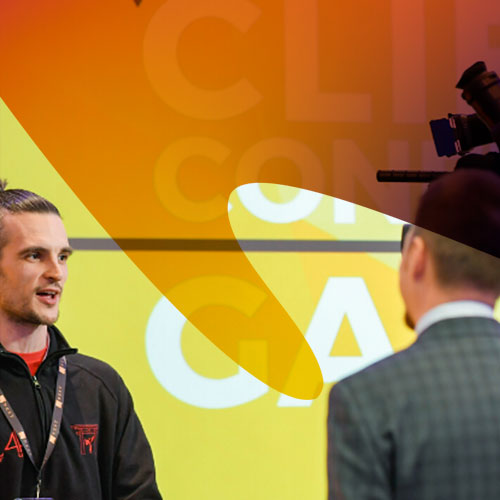 Colin Payne has over 34 years experience in the Martial Arts. Currently a 5th Dan, he is Chief Instructor of the TKO Kickboxing Academy which has 3 full time gyms in the Kent area.

Alongside the day to day managing and teaching at his academies he is also heavily involved in the promotion and administration of the sport.  As director of TKO Promotions he has promoted over 50 professional Kickboxing events as well as over 100 other Martial Arts competitions and events going back 20 years.

Along with his colleague Carl Sams, he is responsible for the development and co-ordination of full contact kickboxing for the International Kickboxing Federation. They are also responsible for the development of the British Independent Kickboxing rankings. Add to this Colin’s role as Southern Director for the British Light Continuous Council and it’s fair to say that Martial Arts is a full time pursuit for him.

As a trainer, Colin has developed a long list of Champions and fighters, however he firmly believes his present team of fighters is his best ever and has high hopes that many of them will go onto become part of the next era of top professional kickboxers.

His team at the moment includes standout Amateur Champions Ashley Collins (IKF European Champion), Carla Jessup (IKF European Champion) and Louise Orton (IKF British Champion) with another 15 active full contact fighters completing his squad. It’s a dedication to training the fighters that often goes way above that of just teaching his normal classes and he gives his time to run many extra training classes for the team out of normal academy times.

Colin’s own Martial Arts journey began in 1973 starting in Wu Shu Kwan, moving onto training in kyokushin karate and derivatives of it, as well as pursuing a competitive Amateur Boxing career.

He opened himself up to as many influences as possible and trained in anything that took his fancy, spending a lot of time visiting clubs of all different styles just to have a look at whatever he could and then have a go at each one. Despite the plethora of clubs and styles that exist today, Colin believes this actually seemed more prevalent back then than it does now.

Competing in as many formats as he could, Colin spent many years observing the various tournament circuits that were around and he believes this led to him pursuing what has become his passion, that of coaching competitive fighters. He has worked hard to become to his students the coach that he feels he and others alongside him lacked.

His dedication to his team and efforts in helping them achieve their maximum potential  will often see him working all hours with them at one of the TKO academies (6.30am Saturday morning is nothing unusual!), as they look to gain that all important edge over the opposition.

2009 is Colin’s 35th year in Martial Arts and it’s set to be as busy as ever.  As well as his instructors and students he would especially like to thank his wife Wendy for supporting him throughout the years, particularly when he spends so many weekends away at events. Wendy and daughter Chelsea’s support is something that he appreciates and knows he would not have achieved the success he has without it.

About the TKO Academy

The TKO Academy has 3 full time professional schools in Maidstone, Medway (Chatham) and Ashford, the latter coming under the direction of owner/senior instructor Wayne Rodrigues, a student of Colin’s for over 20 years. Their combined membership makes TKO the largest group of its type operating in the Kent area, with classes at each location for all ages and levels.

Although practicing ‘full contact’ style Kickboxing, Colin is quick to stress that TKO Kickboxing offers excellent training for everyone whatever their reason for training and any competition is strictly optional.

To that end, TKO offers differing programmes that cater for the various levels of fitness and experience and each class is conducted to a simple principle, that being that every student will be pushed to reach their own personal potential.

Classes start for children age 6 years upwards and they have separate programmes for teenagers, those adults just looking for fitness training and those who wish to pursue the route through to Black Belt

For those who do wish to compete there are plenty of opportunities with the TKO team being recognised as one of most successful in the country. Competitions are held throughout the year under both light continuous and full contact formats, however the choice to compete is optional.

Sparring is only allowed in the academy when students have reached a certain level. All sparring is strictly supervised and all participants must wear full safety equipment.

The team of around 20 instructors is led by Chief Instructor Colin Payne 5th Dan and senior instructor Wayne Rodrigues 3rd Dan. All instructors undergo continual assessment and training to ensure they maintain the highest of standards. To attempt a Black belt with the TKO academy a level of ability in teaching is required as well as certification in First Aid and all program instructors are CRB checked.

I had been teaching for some time and for a few years had been teaching professionally having left full time employment. With us having moved into our first full time centre we were busy and things were looking good, however I was aware that for us to continue and grow we needed some help and I was looking for that ‘certain something’.

I had looked at various billing companies but to be honest, I had been turned off rightly or wrongly, by the apparent high pressure ‘american’ approach that seemed to be prevalent at the time. My perception may have been wrong, but it was what I believed at the time and so I kept looking.

Around 8 years ago, I happened by pure chance on the NEST stand at the SENI exhibition. I was met by the smiling face of Joy who eased any worries I might have that NEST were a company who wanted to tell me how to teach my Martial Art and ‘interfere’ with what we did, but rather they were there to support and help.  A trip to Nottingham a few weeks later to discuss things in more detail with Gerard and we were on board. It’s a decision I have never regretted and I fully believe that a lot of the success we have had is directly down to that decision we made that day.

NEST has helped to give our academies structure and security which has allowed us to grow and develop further. If I have ever needed help and advice they have always been more than happy to discuss any matters that I wished to discuss. All businesses go through times of difficulty and we are no different, but being able to call Gerard at any time for advice and guidance has been something that I have really appreciated.

There is one thing in particular that has been proven to me throughout my time with NEST, which is the better the business, the better the Martial Art. As we have grown as a business we have never had to compromise our standards to grow.  Through implementing the ideas from NEST we were able to give our classes a better structure and therefore we were able to cater better for the needs of each of our members.

Certainly the standard of students taking their black belt each year with us has never been better and our continued success on the competitive front hopefully bears that out as well.

I look forward to working with NEST for many years to come.