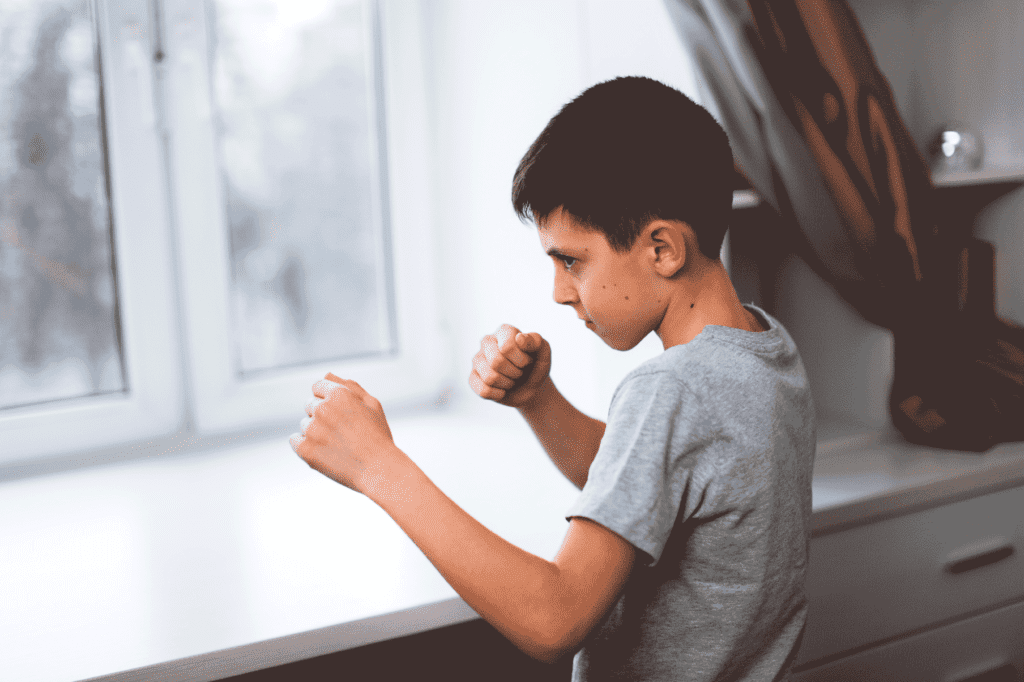 I started training at 16. I had just joined the armed forces. In the club there was a flier for Karate in the local church hall. I had been badly bullied as a kid and thought Martial Arts would make me tough so I wouldn’t be picked on. Within a year I was travelling all over the UK and Europe in competition. I continued to train and develop my skills through my late teens.

In 1990 I moved to Swindon to join the Wiltshire Constabulary. Having experienced the benefits of training in the martial arts first hand, it seemed natural that my daughters should do the same. I enrolled my eldest daughter into an Academy and within the matter of just a few weeks I could see a difference. She became more confident, able to focus on her school work, and with this I could see her chances of becoming a victim of bullying significantly reduced.

In 1999 I decided to make my hobby my profession and became a Professional Martial Arts Instructor.

Within 18 months I had enrolled over 300 students onto the program; many were families just like mine. In less than 3 years I had the most successful group of satellite schools in the UK reaching over 450 people in the Swindon area alone.

34 years after I started training I’m still loving every minute of it. It’s had a few ups & downs: my best moment was watching my daughters get their Black Belts. The toughest was starting Close Quarters Combat (C.Q.C. ) at 47!

I cannot leave here without mentioning the people around me.  I am very privileged to be part of an amazing team. Every week we train together and at the end I leave the session with an overwhelming feeling of satisfaction, we train hard we do business hard and we laugh all the way through it.

There are too many names to mention but each and every one of them makes LMA the great place it is. We have over 1,000 students across the group and I still can’t get over the fact that 8 years ago the first LMA class had just 8. By working together we continue to grow LMA and the association of Leadership UK, of which we are proud to be in partnership with Masters Nathan Marsh & Steve Plant.

My goal for the future is to continue to promote Martial Arts as a family activity and encourage those around me to do the same.

Although I have been teaching as a full time professional for 15 years now, Leadership Martial Arts was born just 8 years ago. We teach a system that draws much from Tae Kwon Do. I would hasten to add LMA is not a traditional TKD school. We have developed a system that includes Kick Boxing as a free style side and the TKD allows us to have a traditional side of pattern which we feel is very important.

In the beginning we ran all our classes from community halls, schools etc… The whole business was supported from the back of a Mercedes Sprinter, and on more than one occasion I have sat in the front of the van and signed up the new student sat next to me.

The opening of new locations happened quite quickly after the birth of LMA and then on the advice of our accountant we began franchising. Unlike some Martial Arts groups that operate out there it is not possible to walk off the street and open your chequebook to buy a franchise. Everyone has to complete the Instructor training program. We have worked very hard over the last 8 years to develop a system that offers the complete package and this is the LMA way and that’s the key to our success. Learn the LMA way and then we can discuss opening a location.  We now number 27 locations.

Four years ago, we decided it was time to move out of the van and into a full-time centre. We were very lucky to find the location we have now. The Esprit Centre is a dedicated group of buildings that is home to a gymnastics School, a dance school and our martial arts school.

For the first time we had mats and I decided that it was time to offer some other programs. At the time were very lucky to have a TKD student, Rew Griffiths-Brown who held a 5th Degree Black Belt under the great Gary Stringer. Following a short period of development Rew created for us Close Quarters Combat, which is best described as a mixed martial arts, with a few extras added in.  Just to create a balance we also went to the other end of the scale and introduced Tai Chi. Although this program has been slower to grow than our main one, it is beginning to prove popular.

Why NEST, that’s a very good question. We had been handling our billing for many years and it presented very few problems, but what NEST offered that we didn’t have was two things:-

First of all, our expansion had pushed us down the road of franchising. This business model, is an easy one to follow, but when you have little or no idea how to implement and manage it, the need for a mentor becomes essential. NEST came with the full package. Franchise agreements, legal backing and of course Gerard whose in-depth knowledge cannot be found on Google!

The second was the online student database. As any school, academy or club grows, the need for an effective system becomes essential. We find the communications system invaluable. New students require a lot of investment in terms of both time and money to acquire. Once they become students, a good line of communication will become a very big tool in their retention.

As with all large groups, we have hit issues on the business front. Knowing that at the end of the phone is a company that will have the answers, and from experience, if they haven’t then they will source the necessary expert and get the answers at their expense. This alone makes them an asset to growth that no one should be without.

As we open new franchises and Instructors step out there on their own, it is a great help that NEST will provide them with a mentor, who on a daily basis will guide them through the system and help deal with any billing issues that arise. This leaves us free to concentrate on the marketing and development of our schools and gives the new team members a contact they can relate to and build a relationship with.

Over the years I have been doing this, I have heard people make a comparison between cost and worth.  Well to my mind the worth of NEST to our group far outweighs the cost to such an extent that I continually wonder how they manage it! Thank you NEST.