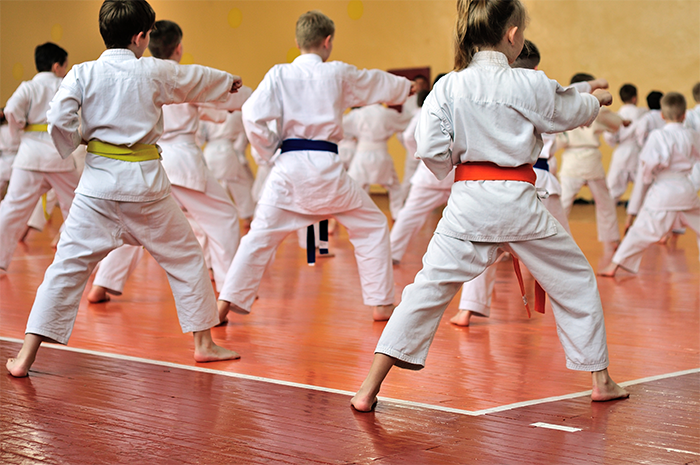 I was born and raised in the most northerly town in Britain called Thurso, I was brought up in a children’s home as both my parents died when I was a child. It certainly wasn’t easy and by the time I was 16, I was homeless for a while sleeping in an old disused flat that was dirty and had no running water. I sometimes washed in the local river and I can still remember in winter the ice on the inside of the thin broken windows.  I also used to eat about once every three days with what friends used to give me – tough times.  But at least my journey on the path of martial arts had begun…

Whilst in care during the early 1980s when I was around age 11 years of age, I became a break-dancer which started my focus to better myself.  Many of the break-dancers also had an interest in martial arts through watching Bruce Lee movies,  so when I was 15 I started to get into martial arts and thought this is the way to make my life better,

I began doing some Kung Fu and Karate in about 1985 and then moved from my home town Thurso to England where I met Master Martin Ducker from Kuk Sool Won.  I stayed training in East Anglia for about a year then moved back to my home town in the far north of Scotland where I started along with my instructor the very first Kuk Sool Won school in Scotland.

I left in 1994 to go and study health and fitness in Edinburgh and become a personal trainer. I set up schools in Edinburgh, Falkirk, Glasgow and Paisley. I have trained in Kuk Sool now for 26 years and in that time have become a two times UK champion as well as the first ever Scottish Kuk Sool black belt, then many years later Scotland’s first master.  We have also performed Kuk Sool Won demonstrations for both Prince Charles and also Prince Edward.

We currently have around two hundred students between the two schools and have also organised three of the Scottish Kuk Sool won championships in meadow bank sports stadium in Edinburgh.

It has been a long journey so far, but martial arts have changed my life forever.

Edinburgh Kuk Sool Won was founded in 1996 with its sister school in Falkirk opening in 2008.  We pride ourselves on all cultures and religions training together for a common goal.  We have students from many different countries and religions training well together and it’s great to see people from many different cultural as well as religious backgrounds get along so well and progressing together through martial arts. We teach kids from the age of five and have two kids’ programmes – junior dragons aged five through to nine, then wee warriors’ nine to eleven.

Kids’ classes focus on healthy living through good education, good eating and being a great role model, anti-bullying and becoming a productive student in school and also in life.  The focus is on good learning, good manners and fun.  Respect for others is the number one lesson.

Adult’s classes are aged from twelve through to sixty five with classes split in two: – complete beginner (white belt through to blue belt); then blue belt through to black belt.  We also run black belt instructor programmes open to junior black belts and higher to cover teaching, school management skills, how to communicate and interact with students,  how to conduct a free trial and how to make students feel welcome.

We currently have eighteen black belts who teach within class and also shadow junior black belts who have shown the skills and leadership qualities that would make good instructors in training.

We believe in running smaller classes rather than having one large group as it increases the teaching effectiveness and lets the student have lots more one to one time with an instructor.  So although we have over two hundred students in any given class there is never more than forty per group.  The students enjoy this as with having a lot of instructors they work in fairly small close groups and get a bond as a group with both their classmates and their instructors.

We also run motivation courses through the martial arts programmes to businesses which focus on life coaching and personal development skills within a competitive environment.  We believe that martial arts instructors are ambassadors for positive change in the community.

We have recently been working with a few schools to teach martial arts and life skills development programmes to kids, which are proving to be very popular with both parents and the school heads.

I chose NEST management after being with a rival company and becoming tired of asking for a programme to track students only to be told they couldn’t help.   So through my instructor Master Martin Ducker he arranged for Gerard to come to visit me in Edinburgh and I was very impressed that he travelled all that way to see me.  It was soon after chatting to him that I decided to join NEST and I have never looked back since.

The NEST staff are really friendly and very efficient at what they do.  They offer great advice any time I have a problem and they are great team that gets the job done and done well.

We love the NEST School System and love the fact that they are always improving their services and technology.  The advice that NEST provides in the monthly newsletters is great and helps our school to work hard for greater success.  It is very reassuring to have the comfort of knowing that we can call NEST at any time for help or advice and this is a great help to the future growth of our schools.  I would totally recommend NEST to anyone I know running a martial arts school.