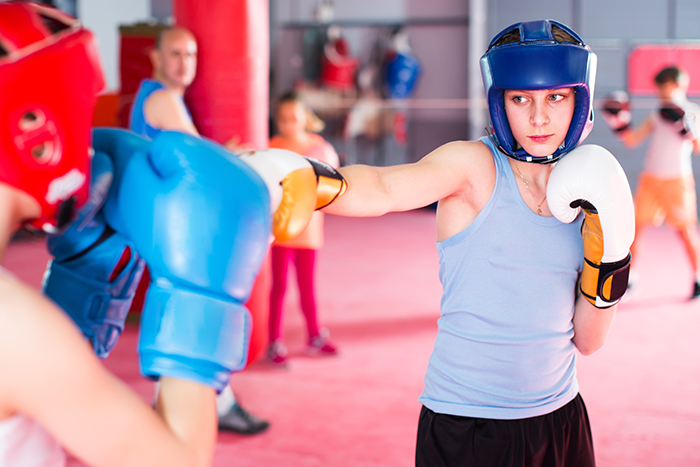 When I was younger my brother started Kung Fu, but I had little interest. Then at 14 I started Karate at a local new club in a church hall. Of the three times I went, the instructor didn’t turn up twice, so it was difficult to maintain an interest. Then one day I watched the film First Blood starring John Rambo. Rambo had it all as far as I was concerned. A Special Forces Green Beret, survival skills, a master of unarmed combat, scars, the lot! I wanted those skills, especially those that could disable armed assailants. That set me on the road to looking for a really effective martial art and I eventually found Tang Soo Do in 1989 under Master MK Loke. I began training 4-5 times a week & quickly achieved a red belt, just one belt before black. A few years later in 1992 I joined the Royal Marines, and after having passed out, was a Green Beret, unarmed combat expert. Just like John Rambo. No scars yet though! I received my 1st Dan in 1993, but read about the first UFC around the same time. Eventually I watched UFC 2 and thought I should do some grappling so started Judo training around 1994. I did a six month operational tour of Northern Ireland during 1994/95 and managed to continue training for the first three months whilst deployed there. The last three months I became bored of having no one to train with so stopped. This three months was the longest time I’ve not trained in 26 years of martial arts.

1997 was a pivotal year for me. I graded to second Dan in Tang Soo Do. In February, whilst on leave from the Marines, I travelled to LA and trained at the Gracie Academy. I met Rorion, Royce & even Grandmaster Helio Gracie himself! Master Loke was uneasy about me training in these other arts and felt it disloyal. Back then, it was very much frowned upon. I was also due to leave the Royal Marines that year and wanted to teach martial arts for a living. I had already done some Krav Maga seminars and when the opportunity came up to do an instructor course, I took it. I started teaching Krav Maga in October 1997. I worked on the door for some extra money, but I couldn’t make enough money to live on, so had to seek full time employment as well. I started working in a Secure Unit for young offenders, this was a new concept from the Labour government, locking up young criminals. Although I had worked on the door, nothing had prepared me for the level of violence I was about to encounter. This was exciting work, but also very physical and mentally demanding. Although these could be very unpleasant kids, they had lived awful lives and suffered unimaginable abuse. It doesn’t excuse their behaviour, but explains it. You easily could end up being involved in several violent incidents a day. My knowledge of grappling was to prove invaluable for the next 15 years in this line of work.

I travelled to LA a further 3 times to train at the Gracie Academy and the American Krav Maga HQ. I also travelled to Israel to test for my Krav Maga Expert (black belt) level in 2000 and at that time was only the second person from the UK to have done so.

I eventually took my BJA Judo 1st Dan in 2002. I was training in Brazilian Jiu Jitsu alongside all of this and achieved my fourth stripe on my brown belt in 2010. In April 2012 Royce Gracie invited me to test for my back belt that December in Miami at the Valente Brothers Academy. I decided I should add Gracie Jiu Jitsu to my Krav Maga programme, as it would allow me more time to train in the art and keep the grapplers happy.

Unfortunately, I didn’t pass the test. The test is shrouded in secrecy, but essentially I needed to know the system better in order to wear a Royce Gracie black belt. I spent the next year doing just that and returned in December 2013 and this time was successful. I was now a legitimate Royce Gracie black belt. Unbelievable! By now I had been working part time for a number of years, as the classes were doing well enough to support me and in April 2014 I left my job and began teaching full time.

Whilst it’s my strength and determination that’s has got me where I am today, I attribute being able to run my martial arts school full time to having NEST advise me on how to run a business correctly.